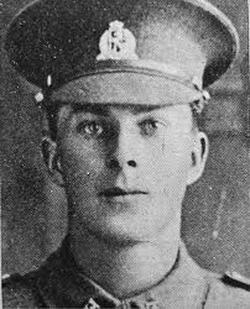 Date Of Birth:
May 8th 1896, Blenheim, Marlborough District, Marlborough, New Zealand.
Service Number:
40176
His Life Before War:
Ernest was a student at Marlborough Boys College and at Rapaura School. When he was older, he became a Labourer, and lived in Spring Creek, Tuamarina, and Rapaura.
Family:
He was the son of Ruth and Samuel Henry Bassett, (also the step son of Harriet Bassett.) the brother of Albert, Rhonda, Flora Ivy Joy, Samuel, Harold, Thomas, and half-brother to Rosemary, Kate and John. Harriet Bassett and Samuel lived in Tuamarina. Harriet had given birth to three kids before she died at the age of twenty five. Harriett was traveling with Mr and Mrs Furby (the owners of the farm they were working) on a horse and cart, they were entering a boat to take them to Wellington but you had to pay to cross the bridge. For some reason Mr. Furby decided not to pay and instead lead the cart towards the Wairau River at the end of Hillocks Rd. The horse halted and the cart flipped over. The river was still icy from winter so Harriett Bassett and the Fubrys were freezing and drowned. Samuel then remarried to Ruth Bassett and became a labourer/ farmer. Together they had eight children and only two of them married. Ruth and Samuel Henry Bassett were buried in Rapaura together. Ruth died ten years after Samuel did. Harriet Bassett was buried in Tuamarina.
Enlisting Details/Served:
16th February 1917, Wellington, New Zealand HMNZT 78. He served 241 days in the army.
Died:
Ernest Bassett of Blenheim, killed in action, France, West Flanders, on December 28th 1917 in Ypres, West Flanders, Belgium.
Cemetery Info:
Ernest Bassett was buried in France at the Menin Road South Military Cemetery in Ypres. His body was never returned to New Zealand. His grave reference is 111.0.10.
War:
He was a Rifleman 4th Battalion (army).The battle of Ypres was a battle that was in the First World War fought from 22 April – 25 May 1915 for the control of the strategic Flemish town of Ypres in Western Belgium. It wasn't the first war of Ypres because earlier in 1914 the first battle of Ypres was fought from 19th October- 22nd November. The war Ernest Bassett fought in was called the second battle of Ypres.