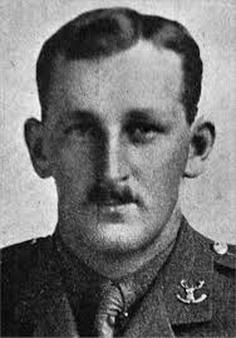 Year Of Birth:
1893
Service Number:
7/260
His Life Before War:
Arthur Comyn Pigou was a sergeant in the Canterbury Mounted Rifles Regiment. The late lieutenant Pigou, who was only 25 years of age, was very popular in this district. In pre-war days he was a prominent member of the Moutere football club and he represented Marlborough on the rugby field in 1913-1914 with success. He enlisted to go to war in Spring Creek Blenheim.
Family:
Arthur Comyn Pigou was the eldest out of 8 siblings Norris, Arthur, Roy, Myrtle, Jack, Mary and John. His parents were Robert Arthur Comyn Pigou and Elizabeth Ellen Hunter and were married in 1891. 2 years later they  had Arthur. They lived in Spring Creek and Tuamarina. They had a farm at Spring Creek were Arthur grew up and worked sometimes. Robert worked on the farm in 1886 and bought the farm in 1900 Arthur was 7 at this time.
Death:
12/12/1918 from influenza,
Lieutenant Arthur Comyn Pigou was revisiting Gallipoli as a military police officer . He caught influenza on his trip and died on the 12th of December 1918.
Gallipoli:
Arthur landed in Egypt on the 16th of October 1914 to start training for the Gallipoli Campaign. On the 25th of April at 6:00 am the 26th reinforcement group (Arthur’s unit) landed at Gallipoli to provide reinforcement to the wounded soldiers. Arthur was Staff Sergeant in Cavalry charges where he used the sword in the photo below.Cavalry charge is one of the hardest enemy attacking manoeuvres because the terrain was very steep at Gallipoli. Usually solider would start off on horseback and once the Cavalry horn was blown it marks to all the enemy that a Cavalry charge is about to begin. They run towards and cut down anyone in your path except your allies. Gallipoli was a war between the ANZAC’s, the British and the Turk’s. The ANZAC’s main goal was to capture the Dardanelles. There were lots of battles including Chunukbair, Hill 60 and Lone Pine. Since the ANZAC’s landed in the wrong place and gave the Turk’s an advantage. The battles of Gallipoli went on for 8 months until the Allies were forced to retreat from the amount of deaths. It took 3 days to evacuate all the remaining Allies. On his return to Egypt he was promoted to the rank of Sergeant-Major and returned to New Zealand to gain a commission. After a short furlough he proceeded abroad again as officer in charge considerable service in the Palestine operations .He was a member of the ANZAC draft sent to Gallipoli for garrison duty on Turkey’s withdrawal from hostilities of the mounted section of the 26th reinforcements and subsequently he saw .
To learn more about Arthur Comyn Pigou, and his family, click the link below.
Arthur Comyn Pigou Info
Powered by